Can Science Breed CWD Out of Deer? Not Likely 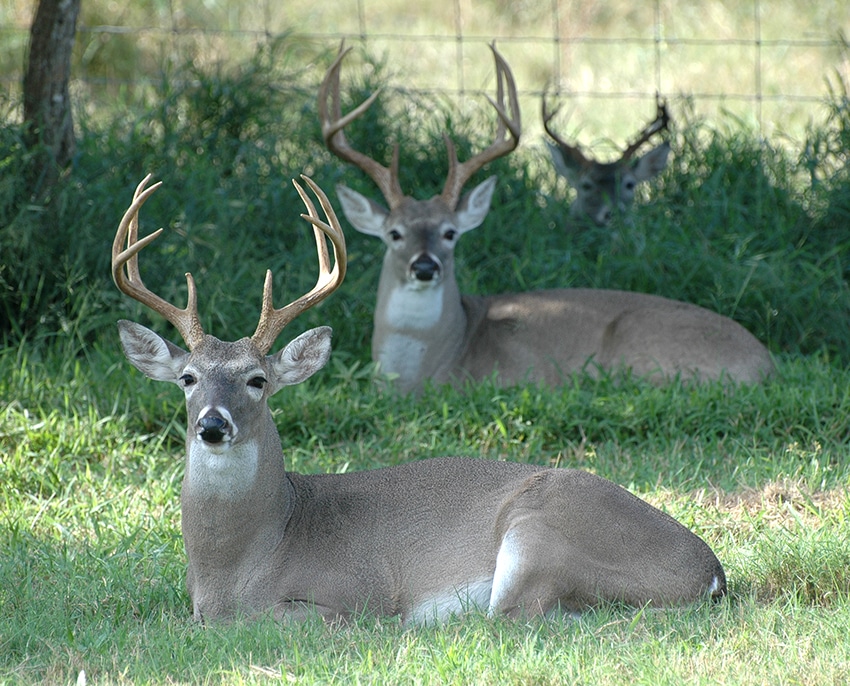 Pennsylvania’s state veterinarian thinks the best hope for controlling chronic wasting disease is to identify and selectively breed deer least susceptible to the fatal illness and slowly change the species’ gene pool until all herds — wild or captive — are CWD-free.

That’s what Kevin Brightbill — a doctor of veterinary medicine and the director of Pennsylvania’s Bureau of Animal Health and Diagnostic Services — told two state senate committees in February during a joint hearing on CWD.

Brightbill said a selective-breeding effort would require cooperation and teamwork on both sides of the fences surrounding Pennsylvania’s 700-plus privately owned captive-deer facilities. He acknowledged the monumentally difficult task, given Pennsylvania’s estimated 1.5 million wild deer, but said the work must start somewhere. He thinks it could succeed, given advances in genetic modeling that can predict with reported 80% accuracy which deer are highly susceptible to CWD.

“No one has documented a deer surviving CWD, so no one has a truly CWD-resistant deer. How can anyone say they can selectively breed more of something that doesn’t exist?”

“Ensuring genetically unique animals and their offspring are officially identified and monitored for CWD throughout their lives is paramount to validating this strategy as a long-term solution,” Brightbill said in his prepared remarks. “I think this technology offers our best opportunities for controlling this disease.”

Such a task would be most realistic in captive facilities where each deer can be caught, identified and monitored lifelong. If effective, the endeavor would save states money. Brightbill said Pennsylvania’s animal-health bureau spends about $1.5 million annually in personnel and operating expenses to protect the state’s $34 billion livestock industry. He also testified that 70% of the agency’s veterinary-staff time is spent ensuring CWD compliance through enforcement, disease response, and mitigation work with the state’s 717 captive-cervid facilities.

But Krysten Schuler, a wildlife disease ecologist at New York’s Cornell University, is skeptical CWD can be controlled through selective breeding, inside or outside captive facilities.

“I doubt we’re going to breed our way out of this problem,” Schuler said. “It’s a pie-in-the-sky hope. No one has documented a deer surviving CWD, so no one has a truly CWD-resistant deer. Some deer take longer to get CWD, and they might live longer once they get it, but they still get CWD and it still kills them. So how can anyone say they can selectively breed more of something that doesn’t exist?”

Schuler said the most anyone has done is identify deer with relatively uncommon genotypes that delay CWD infection and prolong the deer’s life.

“Those deer just take longer to get CWD, and they live maybe three years with it instead of the traditional one or two years,” she said. “You can separate deer in a captive facility, and maybe breed some of them to be more resistant, but that challenge is more problematic in wild herds.”

“We have to be certain we’ve found a solution before we waste time and money trying to implement a plan that’s not going to work.”

“Be careful what you wish for,” Samuel said. “CWD still has many unknowns and uncertainties. The longer an infected deer lives, the more contact it will have with other deer, and the more prions it will shed on the landscape. CWD prevalence in that herd would likely go up and you’d get more infections in younger deer. And if that happens, those younger deer would spread it farther and faster when dispersing.”

Samuel said he understands why captive-cervid owners want to try creating a less susceptible herd, one with genetics they prefer, but doubts those conditions can occur in the wild.

Proponents of selective breeding hope CWD could be controlled in the wild by producing and releasing disease-proof deer from captive herds, but Samuel thinks that’s unrealistic.

“You’ll never produce enough genetically manipulated deer to overwhelm breeding in a wild population,” he said. “Maybe you could get 40%, 50% or 60% of the less susceptible genotypes out there, but that wouldn’t control CWD.”

Schuler and Samuel also note that science doesn’t yet know if CWD-resistant genotypes also carry physical or behavioral traits that would cause other problems.

“People want to try things today without considering what it might cause decades later,” he said. “We don’t know if a herd dominated by animals with a relatively uncommon genotype could reduce antler size, body size or reproduction rates. Or they might trigger behavioral changes. When one of our graduate students was working with a (CWD-resistant) deer, he said it acted ‘squirrely.’ It didn’t behave like other whitetails. But no one has actually studied behavioral traits in deer less susceptible to CWD. All we have are anecdotes.”

“It’s an impractical answer for some hard questions we must address in captive and wild deer herds,” she said. “Nobody wants to see these animals killed, but letting known infected captive herds persist just adds to the disease burden on our landscapes.”

Samuel, likewise, said more should be done to pinpoint why CWD keeps surfacing in captive herds that are enrolled in the USDA Herd Certification Program, which is supposed to ensure they are disease-free.

“The response too often is to chase theories like nutrition and genetics instead of improving bio-security or other practical problems,” he said.

Schuler said she’s also skeptical of Brightbill’s testimony that 67% of CWD outbreaks have no direct links to deer sold and transported between captive facilities.

“Tracing an outbreak’s origins can be such a spiderweb,” Schuler said. “To think we can really document all possible movements in a meaningful way is laughable.”

It’s unlikely we can breed CWD out of deer, news that is disappointing to many deer hunters. But Kip Adams, NDA’s Chief Conservation Officer, said it’s good when we know early on that a potential solution is only a mirage.

“At NDA, we want to find solutions to the CWD problem more than anyone else out there, but in looking and hoping for those solutions, we have to be certain we’ve found one before we waste time and money trying to implement a plan that’s not going to work,” Adams said. “Right now, it does not look like genetics is a realistic solution for wild herds. We need to keep studying potential solutions and continue to work toward a day when we find an effective and practical weapon against the disease.”

About the Author: Patrick Durkin of Eau Claire, Wisconsin, is an award-winning outdoor writer, newspaper columnist, and general outdoors reporter. He has been MeatEater’s wildlife research contributor since June 2018, and writes for national archery and hunting magazines. Durkin also provides editing services for books and magazines, and served as contributing editor/writer for the Archery Trade Association from September 2001 through January 2021. He is a past winner of NDA’s Communicator of the Year Award.

The post Can Science Breed CWD Out of Deer? Not Likely appeared first on National Deer Association.