Whether you’re stuck at home by choice or by order, we’ve got you covered when it comes to busy-bee projects. As we head into the spring season, there’s never an excuse for being bored, especially when you’re a diehard outdoorsman or woman.

Let your imagination run wild. There are literally dozens of things you could be doing right now to not only pass the time, but also make life a bit nicer when the weeks and months roll by — and before you know it — it’s deer season once again. So, without further ado, here’s a few things to keep you busy! 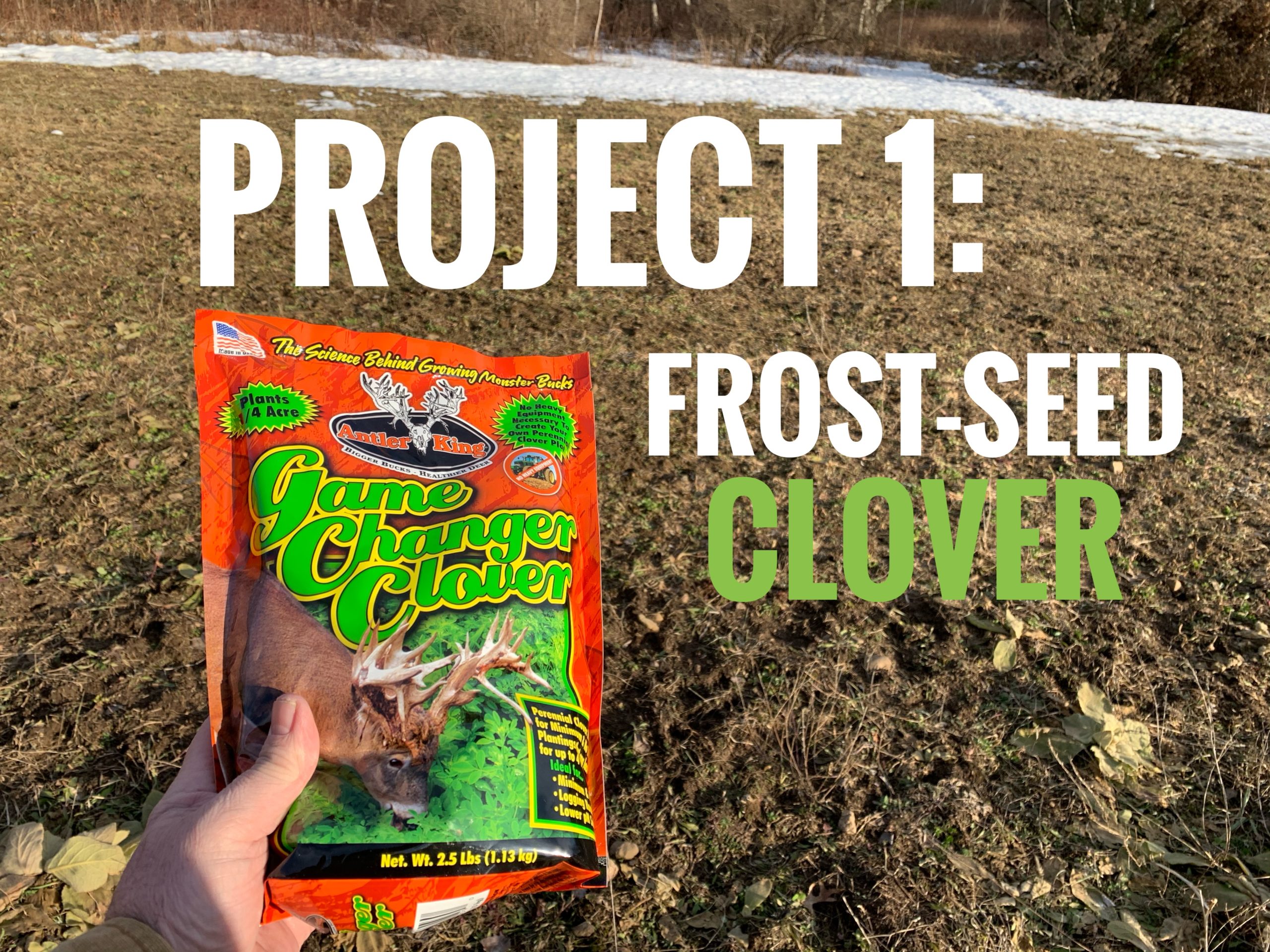 Project No. 1: Frost-Seed Some Cover

Frost seeding, or winter seeding, is a great way to re-establish perennial clover food plots. It is especially attractive to land managers on a budget, because it requires no special equipment and little, if any, soil preparation.

Dan Undersander of the University of Wisconsin Extension offers this primer on the process:

Frost seeding is broadcasting forage seed onto the ground surface while the ground is still frozen in the spring.  The principle is that repeated freezing and thawing of the soil surface causes surface cracks in the soil which allow seed incorporation.

Farmers have reported that frost seeding works 60 to 70 percent of the time.  They feel frost seeding is worthwhile it because of the cost saving from not needing a seeder.  While frost seeding is a less expensive method of seeding forages than using seeders, it is also riskier than seeding with a drill because seed-soil contact is less good and produces less uniform stands.  Frost seeding can be acceptable for pasture improvement but not for establishing pasture or hay fields.

Seed can be distributed by broadcast seeders that are either tractor- or ATV-mounted or hand-held or mixed with fertilizer and applied.  The optimum is to broadcast seed early in the spring after the snow is gone but while the ground is still frozen.  Frost seeding on top of snow, especially with fertilizer, is not recommended because rapid snow melting may cause the seed to be washed off the pasture.  Frost seeding earlier than March will also result in seed loss to birds, rodents, etc.

Frost seeding works best if pasture residue has been removed prior to broadcasting the seed to allow the seed to reach the soil surface.  Residue removal is best done by grazing late the previous fall.  Residue can be removed by grazing or burning in the spring but either may delay seeding.

Frost seeding is not recommended for sandy soils because the freezing and thawing does not incorporate the seed.

Though often not necessary, any action to incorporate the seed, such as allowing cattle, sheep or horses to walk across the seeded area or disking will increase stand establishment success.

Frost seeding works best for legumes and grasses that germinate rapidly and at low temperatures.  Red and white clover is the easiest to establish but we have also had some luck with birdsfoot trefoil.  Frost seeding alfalfa is not recommended because it does not germinate at as low temperatures as the clovers.  Frost seeded Italian (annual) ryegrass and orchardgrass have high success rates.  Other grasses have been frost seeded with varying success.

We will be bringing you a tip a day for the next several weeks, so keep checking back here at Deer & Deer Hunting!

For more information, watch this video: